An Edelweiss for a Hot Meal 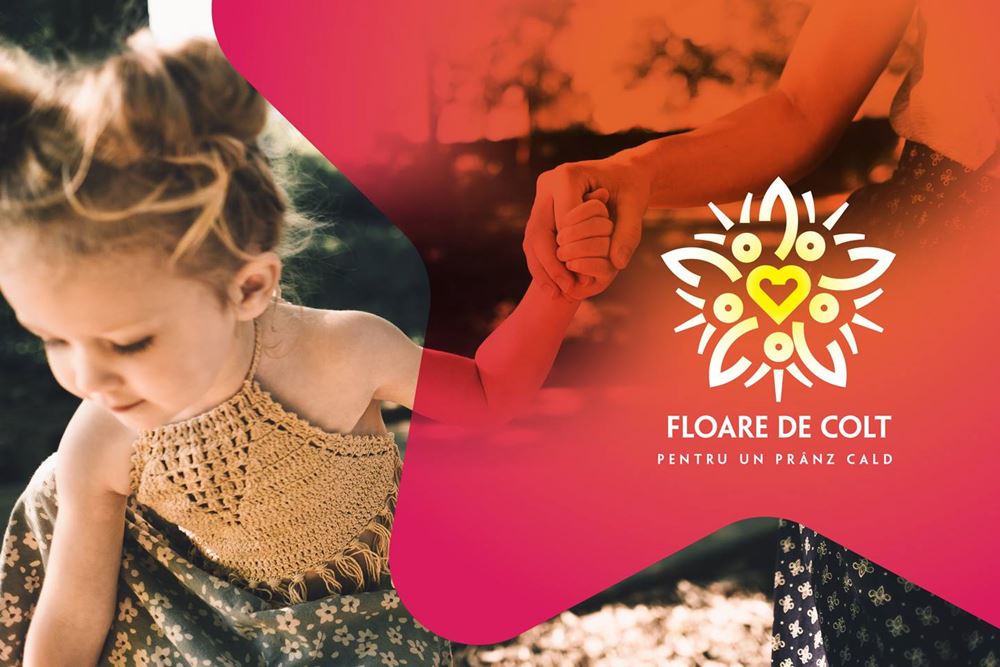 'An edelweiss for a hot meal' is a four-week community campaign organised every year in November.

In 2020, we marked the 5th edition. Its main purpose is to spread the spirit of generosity among the local community.

We chose the edelweiss as the symbol of this initiative because the campaign takes place in the run-up to the Viennese Ball of Timisoara. The edelweiss is both an Austrian and Romanian national symbol.

Thus, the edelweiss as a symbol of our generosity can unite us all, regardless of our background, our cultural and social differences.

The concept is simple: an edelweiss pin is acquired for a recommended donation of 10 lei (~ 2.2 euro) which represents the price of a hot meat for a child in need.

Each year, some companies become main partners of the campaign. Their sponsorship helps us produce the pins which are handmade by a single mothers in difficult social circumstances. Thus, this project provides them with an extra income to overcome their hardship.

The distribution is done through partnering companies. More than 45 companies join the campaign and encourage the employees to be generous.

Generosity is a three-step gesture:

(2) you receive an edelweiss pin

Each partner company receives a distribution kit which includes:

Where does money go?

Each 10 lei placed in the money box will be spent entirely on buying food for the 700 children in need from the United Way Centre from the Timis region.

Ana is 15 years old and has two siblings, a 16-yo sister and a 8-yo brother. They live only with their mother. The family's only source of income is the mother's occasional unqualified work. Ana's sister abandoned school long time ago in order to help her mother raise her brother.

Before Ana joined our programme, she missed school a lot. She even repeated one school year,

Upon joining our programme, Ana struggled with school work. However, with a lot of help from us and her teachers, she started enjoying school.

As a result, this year she passed the national high-school entry exam. She wants to become a cook or a hair-dresser. She often displays her cooking abilities by preparing meals for the yourger members of our programme.

Ionel is 10 years old and is living only with his father. His mother abandoned him, taking his child allowance with her.

10 months ago he had no birth certificate, he had never attended school, He would spend his days either working with his father or just wondering the streets.

Last autumn, we managed to enrol Ionel in the reception class. After many efforts, Ionel has started writing, reading and doing maths. He has integrated well with his colleagues and he is respected by his teacher because he is very polite, very hard-working, doesn't miss any school days.

He will also have an identity as his birth certificate will

soon be released by the authorities.

As you grow older, you will discover that you have two hands — one for helping yourself, the other for helping others.